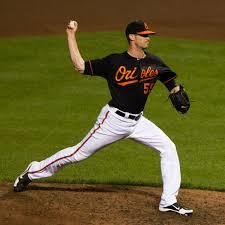 Stuart was drafted in the 2nd round (no. 65 overall) by the St. Louis Cardinals in the 2003 draft. He spent the 2005 and 2006 seasons with the Cardinals AA affiliate in Springfield, IL, where he was named a Texas League All-Star in 2006. After battling injuries, he was then picked up by the Rockies organization where he spent 2010 with their AA team, the Tulsa Drillers. He was then traded to the Dodgers organization and spent 2011 pitching in AA with the Chattanooga Lookouts. He began the 2012 season in AA with the Orioles organization and made his Major League debut in May before a back injury sidelined him for the season.